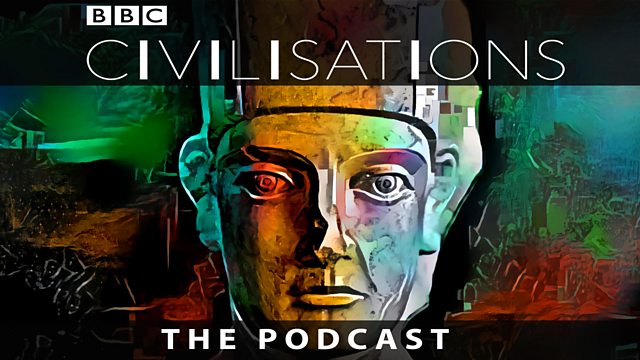 In the 8th programme in the Civilisations TV series, David Olusoga looks at how artists reacted to the colonialism of the 19th century. He travels to America to see art by both white and Native American artists who were documenting the displacement and suffering of Native peoples. A common view at the time was that indigenous Americans would disappear completely.

For the podcast, Viv Jones speaks to three people who are working to remind the world that Native Americans are not a people of the past. In spite of all that their communities have had to overcome their beliefs, religions and arts are still very much alive today.

Matika Wilbur is photographing every tribe in the United States to ensure that stereotypes of Native Americans are replaced with images that represent their true diversity today. Her project, which has taken her to every state, is called Project 562.

Chip Colwell is Senior Curator of Anthropology at the Denver Museum of Nature & Science. He describes himself as a ‘living paradox’ because his role sometimes requires him to give the items in his museum’s collection away. America’s museums are expected to return Native American cultural items - including stolen art, sacred objects and human remains - to groups that have an appropriate claim to them. Chip is working with Ernest House Jr., Executive Director of the Colorado Commission of Indian Affairs, on a project that will help tribes find out whether their cultural items are now in European museums.

See all episodes from The Civilisations Podcast