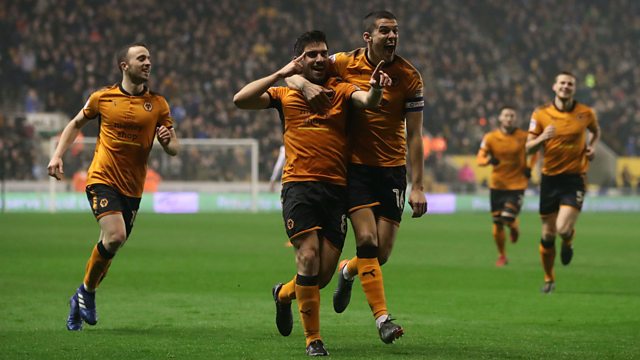 Everyone at Wolves deserves this promotion - Matt Murray

Former goalkeeper Matt Murray says Wolves can target the top half of the table.

Former Wolves goalkeeper Matt Murray expects some significant signings for the club and believes Nuno Espirito Santo's side can finish in the top 10 next season.

Elsewhere, Chris Sutton and John Murray give their verdict on Man City's win over Tottenham, leaving Pep Guardiola's side just one win away from the title.

And there's reaction to a potentially decisive day in the relegation battle, with Southampton losing, but Huddersfield and Crystal Palace picking up victories.