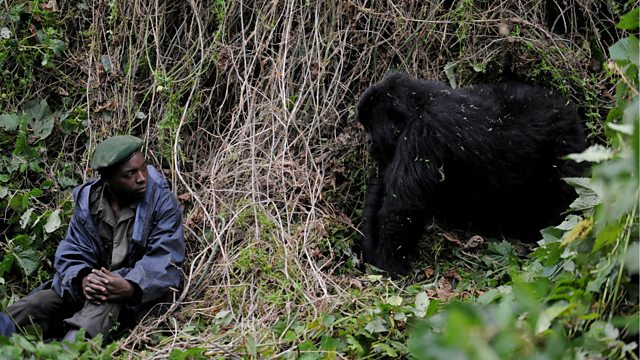 Who's behind the violence in the Virunga National Park?

The Virunga National Park, in the Democratic Republic of Congo is famed for its endangered species like mountain gorillas. Rangers working there work face constant violence from armed groups and poachers. They've recently paid tribute to six of their comrades who were killed in one of the park's deadliest ambush. But who is responsible for the killings? BBC Newsday put this question to Emmanuel de Merode, the director of the park.

(Picture: An adult male gorilla looks at a park ranger on the slopes of Mount Mikeno in the Virunga National Park. Credit: Roberto Schmidt/AFP/Getty Images)