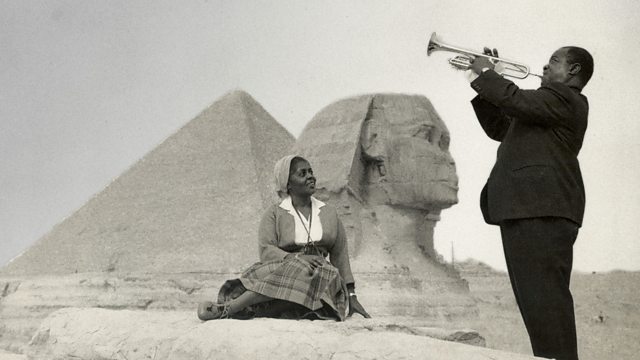 How America used jazz to strike back in the Cold War

A new documentary looks at how the Cold War and the civil rights movement collided. It tells the story of a US State Department programme to send jazz greats, such as Louis Armstrong, Dizzy Gillespie and Dave Brubeck, to parts of the world that were being bombarded with messages about America's racial divisions. Some of the musicians felt uncomfortable about being the smiling face of America overseas when the ugliest episodes of the civil rights era were playing out at home. Hugh Berkeley is the director of The Jazz Ambassadors, which premieres in the US in April.