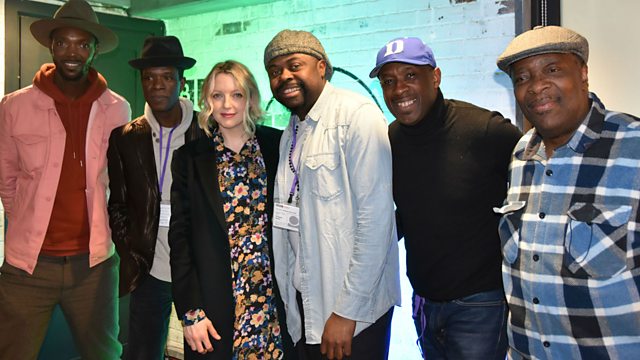 Baloji and his band bring some much-needed sunshine to the 6 Music Live Room, performing two tracks from the new album 137 Avenue Kaniama.

It's Baloji's first release for Bella Union, an independent label to whom he'll always be grateful, because of the freedom gifted to him by Simon Raymonde (while the alternative, big label experience, is described less favourably on the track Bipolaire).

The album was inspired by Baloji's quest to find his mother's old home in Lubumbashi, when he was told to "just keep going" down the titular avenue - a phrase that just "stuck" in his head.

And his tenacity has paid off: he's found his voice by accepting himself, and he has a sold-out show in London tonight, after keeping on fighting and convincing people "every time we come back". 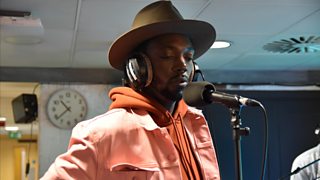