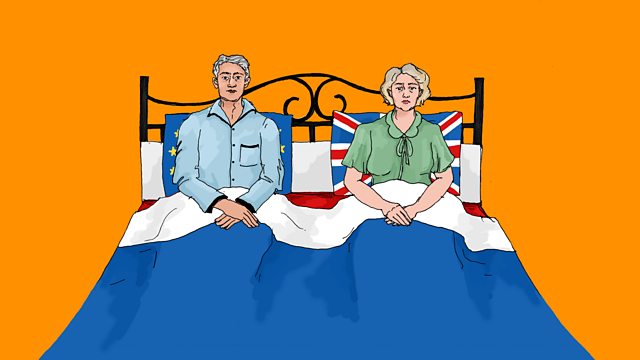 1. Fanfare for the future

It's 1973 and Britain is joining the European Economic Community. For some it's the culmination of years of hard work and a political necessity for the country. But for others, concerns about food prices, sovereignty and the English language remain unresolved.

Mark Mardell explores the UK's 45 year love affair with Europe, starting with the role that Edward Heath - the Prime Minister at the time - had in negotiating entry into the common market.

2. Yes to Britain in Europe

See all episodes from Brexit: A Love Story?