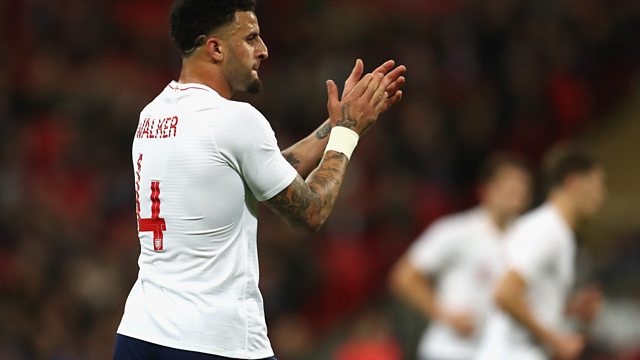 'As long as I'm on the plane, that's all that matters' - Kyle Walker

The team hear from Kyle Walker on how he's coping with his surprise transition to centre-back, James Tarkowski on what he made of his debut despite conceding a penalty and Gareth Southgate on how much he's learnt from the last two-friendlies.

Plus in return for getting a selfie with Jermain Defoe, Mark Chapman asks two young fans why they prefer supporting country of club.