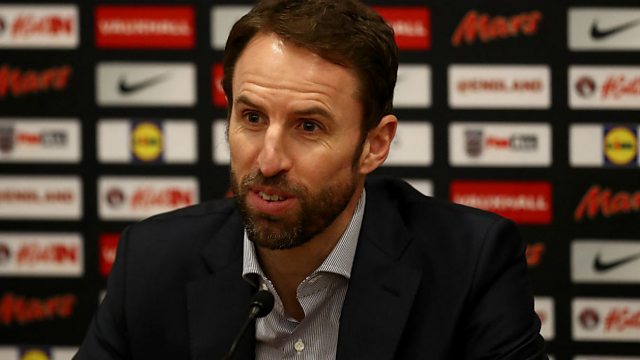 Caroline Barker and guests preview England's friendly against the Netherlands.

Caroline Barker brings you interviews with Gareth Southgate and Jordan Henderson ahead of England's friendly against the Netherlands.

We also hear from Gareth Bale after he became Wales' record goalscorer, plus we hear from his manager Ryan Giggs following his first game in charge over the national team ended with a 6-0 win over China.

We speak to one of the biggest names in women's football Lianne Sanderson about Manchester's United plans to join women's football's second division and chat about Zlatan Ibrahimovic's proposed move away from Old Trafford to LA Galaxy.