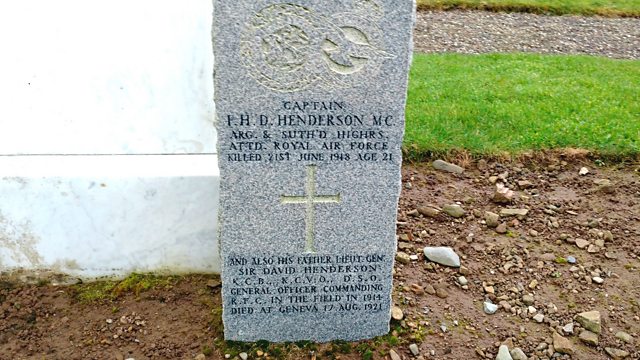 In Doune cemetery in Girvan, a single headstone carries two names - father and son. They were Lt. General Sir David Henderson and his only son, Captain Ian Henderson of the RAF. David Henderson was a major pioneer in military aviation, but he also pushed for the amalgamation of Britain’s two rival air services into the RAF. His 21 year old air-ace son survived Flanders, only to be killed, along with another experienced pilot, when a gust of wind slammed their plane into the cliffs near Turnberry. His father threw himself into his work, and in 1919 became director of the League of Red Cross societies, but worn out, he died in 1921 and asked for his ashes to be brought back and scattered on his son’s grave.