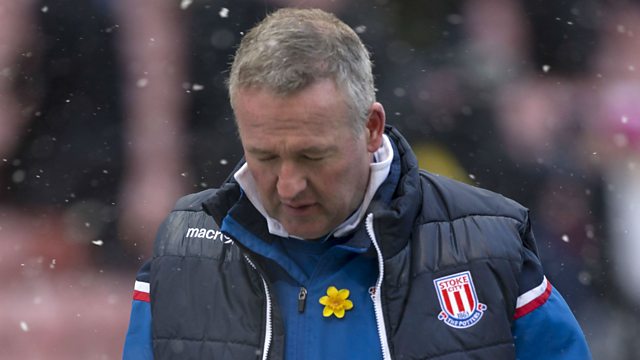 "Stoke pretty well must be down" - Keown

Martin Keown thinks Stoke will be relegated this season.

Paul Lambert's side are three points adrift from safety after losing 2-1 at home to Everton.

Elsewhere, Delyth Lloyd presents reaction to the rest of the Premier League games and the day's FA Cup quarter-finals, with Jose Mourinho far from satisfied, despite Manchester United's 2-0 triumph over Brighton.