BBC Two
The City And The City
Main content 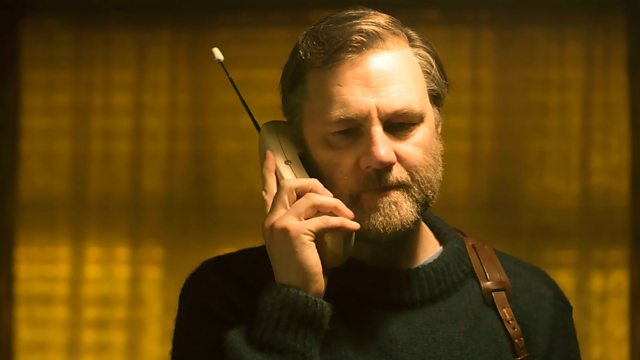 The City And The City Series 1
Episode 1 of 4

Drama series. When Mahalia's body turns up close to the border between Beszel and Ul Qoma, Inspector Borlu is surprised by the similarities to an old case.

The body of a dead girl is found at Bulkya Docks, on the border between Beszel and Ul Qoma - two cities with a division like no other. Resident of the crumbling city of Beszel and inspector of the extreme crime squad, Tyador Borlu takes on the case, assisted by officer Lizbyet Corwi. The girl's body was seen dumped on the wasteland by a yellow van, and Detective Naustin presumes the girl must have been a hooker. Cases like this are run of the mill for Borlu, but he notices strange similarities to an old case.

The body was found in an area with lots of cross-hatching with Ul Qoma. Commissar Gadlem thinks this is a case for Breach - the secret police who ruthlessly patrol all cross-border crime. Gadlem thinks maybe someone else should take it on, and that maybe it is too personal for Borlu - but Borlu insists he can handle it.

As Unificationists protest that Ul Qoma and Beszel should become one city, Borlu receives a call from someone who says she was friends with the dead girl and identifies her as an American student called Mahalia Geary. Mahalia lived in Ul Qoma but wound up dead in Beszel. Borlu starts to worry as the friend admits she is not phoning from Beszel, she is illegally calling from Ul Qoma.

Mr and Mrs Geary fly in from America to see their daughter's body, and Borlu and Corwi are put on baby-sitting duty. Gadlem knows that Borlu made an illicit phone call, and the case is being taken to the Oversight Committee - he wants to invoke Breach.

See all episodes from The City And The City