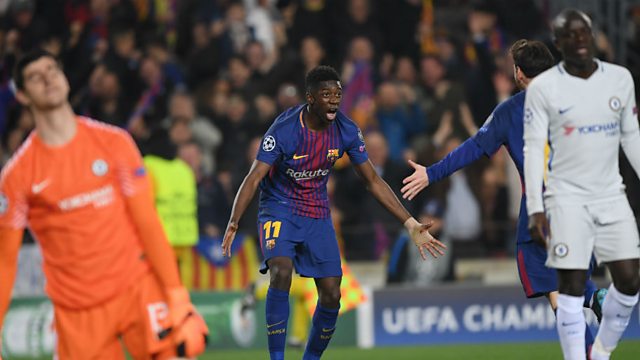 'Chelsea handed it to Barcelona on a plate'

Mark Chapman presents reaction to Chelsea 4-1 aggregate defeat to Barcelona which sent them crashing out of the Champions League at the last-16 stage.

Sutton says Antonio Conte's side "only have themselves to blame" after a number of mistakes lead to Barcelona's goals whilst Charlie Adam calls Messi "the greatest player on the planet following his brace at the Camp Nou.