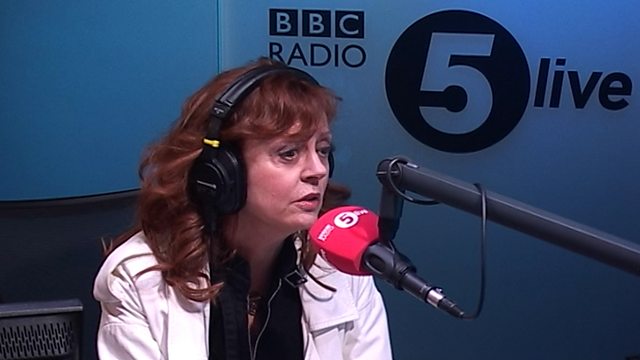 Sarandon: Paul Newman gave up salary to give me equal pay

Actress Susan Sarandon has revealed that the late Paul Newman once handed her part of his salary to top up her pay for a movie.

Speaking to BBC 5 live’s Anna Foster, the Oscar-winning actress said she was told that only the male stars on the film were being paid the same. Then Newman "stepped forward and said well I'll give you part of mine".

This clip is from The Emma Barnett Show on Thursday 8 March 2018.