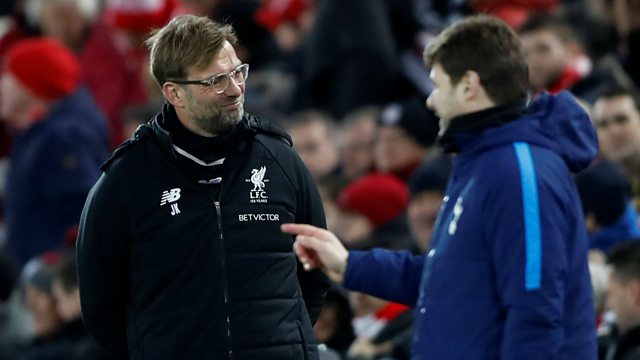 I don't understand either of the penalties - Klopp

Jurgen Klopp gives his reaction to an incredible game at Anfield

Liverpool manager Jurgen Klopp says he can't understand either of the penalties given against his side in an incredible 2-2 draw with Tottenham.

Steve Crossman presents reaction to that result, and Crystal Palace's 1-1 draw with Newcastle - while Henry Winter tells us he doesn't understand why Mike Ashley hasn't sold the Magpies.