Who Wants to Live Forever?

Has the first person to live to 1,000-years-old already been born?

In the sixth episode, entitled Dorothy, Britt and Ellie imagine a world that is completely free from disease and look at the current technology that is paving a way to that world. They investigate the cutting-edge science of CRISPR, human genome writing and the mysterious world of the Diamond Light Source.

But in a world where humans are cured of disease – should they also be “cured” of ageing? Scientist Aubrey De Grey thinks so. Not only does he think ageing can be eliminated – but that the first human to live to a thousand years old already exists. To do this he says we have to turn back the clock before it’s too late. But is this really possible?

Pop on your headphones for the full experience and join the conversation using #MyTomorrow.

Do We Need a New Internet?

See all episodes from Tomorrow’s World 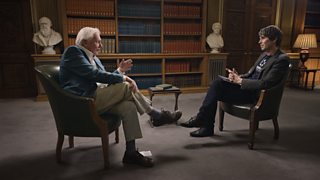 Catch up on the Tomorrow's World season of programmes.