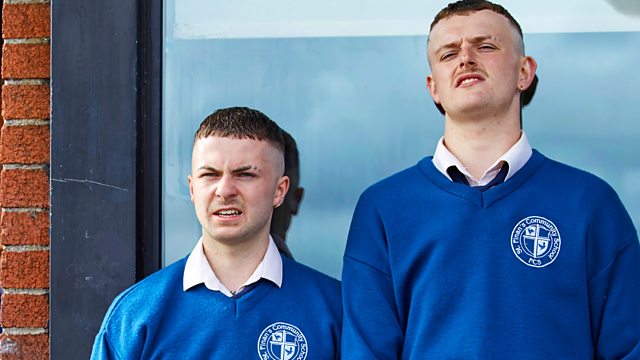 Comedy following the coming-of-age adventures of lovable rogues Conor and Jock. A not-so-clever plan to earn some extra cash backfires.

Friendship, loyalty, laughter and lots of mischief bring best pals Conor MacSweeney and Jock O'Keeffe into ongoing conflict with their school headmaster, Principal Barry Walsh. Getting caught up in the chaos is Conor's long-suffering mother Mairead.

A not-so-clever plan to earn some extra cash backfires, bringing the lads head to head with Sergeant Healy, who has been hot on their heels for some time and is determined to catch them up to no good. They also may have been caught in the act by Principal Walsh's two daughters, Siobhan and Linda, so the lads need to turn on the charm to persuade the girls not to spill the beans, which only serves to further irritate Principal Walsh.

Local town bully Billy Murphy enters the fray as the lads have to approach him to avoid getting caught, leading to a hilarious stand-off. Conor and Jock have to rely on the strength of their friendship to see them through the clashes with the formidable team of Principal Walsh and Sergeant Healy, but not without the help of Mairead, who is unwittingly dragged into the proceedings to support her son and his friend.

See all episodes from The Young Offenders