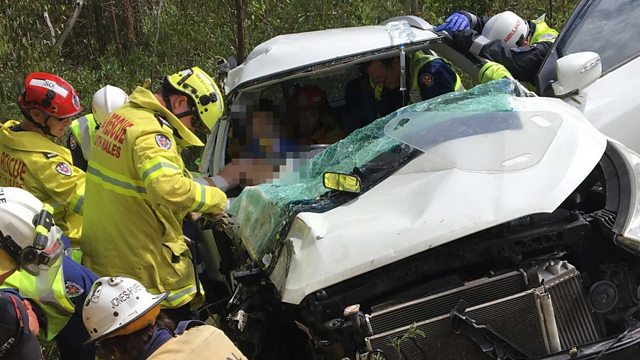 Tony Lethbridge became concerned and alerted police when his son Samuel failed to arrive at a friend's house. He suspected his son had been involved in a car accident, and hired a helicopter to look for him. The helicopter crew soon located Samuel who was trapped under the dashboard of his car.