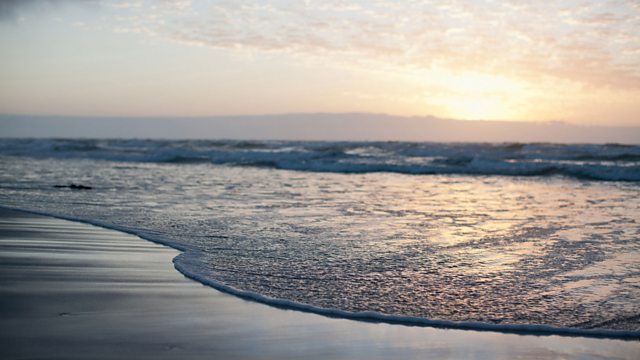 The premise of the BBC’s new crime drama Hard Sun is that the world has five years left to go, after which it will be destroyed in a solar apocalypse. The reference here is to a 1972 David Bowie song called Five Years in which a TV reporter breaks down in tears as he explains that the earth is dying: “Five years, that’s all we’ve got. Five years” sings Bowie. All of which is an updated and secular version of a fear that goes back to the some of the most curious and disturbing literature of the Bible. “The heavens will disappear with a roar; the elements will be destroyed by fire, and the earth and everything done in it will be laid bare,” warns the author of 2 Peter.

Some people take this sort of language literally. I have a friend who lives on a chicken farm in Megiddo in the north of Israel – the place that gives Armageddon its name. She lives at the end of the world, she jokes. And she also jokes about the people that gathered at Megiddo for the turning of the millennium expecting the sky to turn red. Throughout history there have been many who have looked pretty silly when they world didn’t end when they expected - unless, of course they projected the end times so far into the future that there was no chance they could ever be proved wrong in their lifetime. In 1704, and on the basis of prophecies in the book of Daniel, the scientist Isaac Newton calculated that the end of the world would come in 2060.

But I think it’s a mistake to snigger, as if all apocalypticism represents is esoteric numerology and failed predictions. Take, for example, the Dark Mountain project, a collection of writers and thinkers who believe that environmental collapse is now unavoidable, and that humanity faces the prospect of a world-ending fire not unlike that described by Hard Sun.

What I value about their apocalypticism is not so much the doom-laden prognostications – about which many will disagree and some even sneer – what I value is their clear eyed appreciation of the vulnerability of human life and the way we live it. So, for example, in the opening section of the manifesto of the Dark Mountain project we find the following sentence: “The pattern of ordinary life, in which so much stays the same from one day to the next, disguises the fragility of its fabric.” And that, to me, is absolutely right.

We have this treasure in clay jars, says the Bible. And the idea that one day it might all blow away serves to make us appreciate how valuable the whole thing is and how much we have to cherish in other people and our relationships. I don’t imagine apocalypticism as a news item, as Bowie did. I see it as a powerful call to care more for each other and the world in which we live - however long there is left to go. In other words, apocalypticism is not really about the future; it’s all about the present.