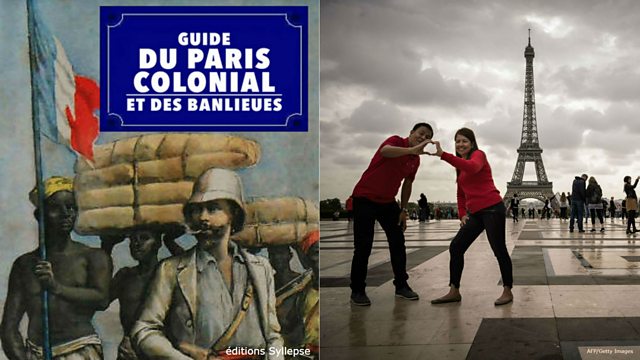 Should Paris get rid of its colonial names?

A French retired doctor, Patrick Silberstein, has taken up the task of highlighting his country's colonial and slave-trading past by co-writing a book called "A Guide to Colonial Paris". He wants more than 200 street names to be changed in the French capital. BBC Newsday caught up with him but we started off by gauging some opinions on the streets of Paris.

(Left: The front cover of the book to be published next month. Credit: éditions Syllepse./Right: A couple pose in front of the Eiffell Tower in Paris. Credit: Lionel Bonaventure AFP/Getty Images)