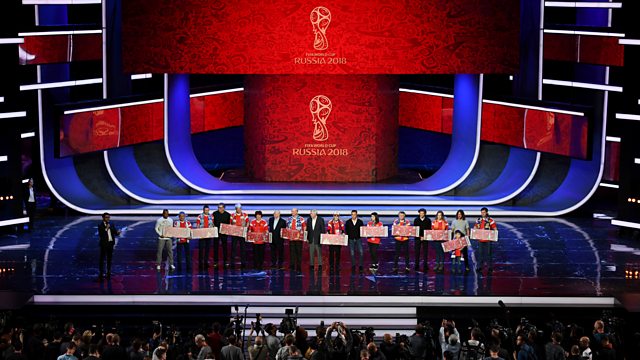 'Waiting for the World Cup draw is like Christmas Eve'

Will Perry is joined by John Murray to preview Friday's World Cup draw.

Will Perry is joined by 5 Live's football correspondent John Murray and sportswriter Ed Malyon from the Independent to preview Friday's World Cup draw.

They ask what the best and worst draws could be for England, while former goalkeeper Gordon Banks, who's taking part in the draw, gives his assessment on the current crop of England keepers.