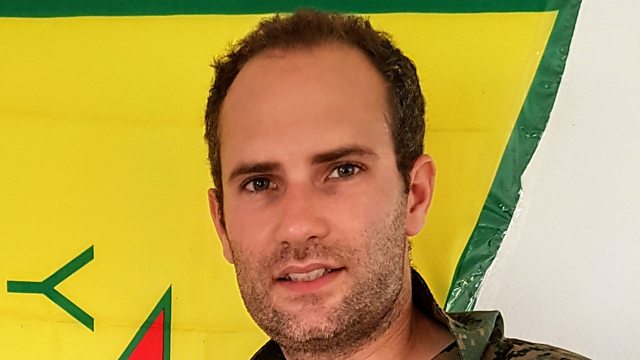 From banker to anti-IS fighter

A British man with a promising career in banking gave it up three years ago to fight the so-called Islamic State in Syria. Macer Gifford, that's his nom de guerre, recently returned to the UK after a protracted five months long battle when IS finally left Raqqa. He told Newsday's Paul Hawkins what had led him to contact one of the groups fighting IS, the YPG (the Kurdish Defence Forces).