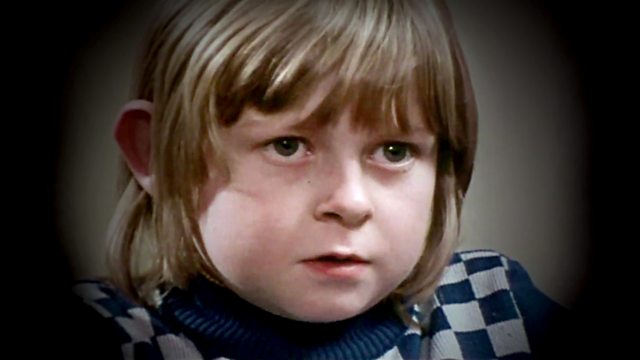 The story of Michael - known as 'Mini' - who at 11 years old has twice attempted to burn down his house, and was designated too dangerous to be allowed his freedom. (1975)

First broadcast in 1975, this provocative documentary about an 11-year-old serial arsonist shocked millions across the UK. Michael 'Mini' Cooper had already torched a church and set his family home ablaze, knowing his father to be inside. The film follows the angelic looking Mini in a young offenders home in County Durham, as social workers and psychiatrists quiz and probe the charismatic and intelligent tearaway to determine his future.

This documentary is part of Louis Theroux: Docs That Made Me, a collection of Louis favourite documentaries.
Roddam’s 1975 Inside Story about Michael ‘Mini’ Cooper is a powerful exploration of self-destructive behaviour made all the more compelling due to its engaging young subject. On a technical level, Louis enjoyed the long takes and composition of the shots, which lend an intimate feel to the story, and which were typical of the less hurried style of the time. Franc Roddam has kept in touch with Mini, and made follow-up documentaries about his struggles as an adult. This resonated with Louis as a filmmaker who wonders what becomes of the subjects of his films, and how much of a real-life friendship can result from an onscreen relationship.

After Mini, Franc Roddam went on to further fame as the director of Quadrophenia (1979), and also created MasterChef and Auf Wiedersehen Pet, among many other credits.

See all episodes from Inside Story