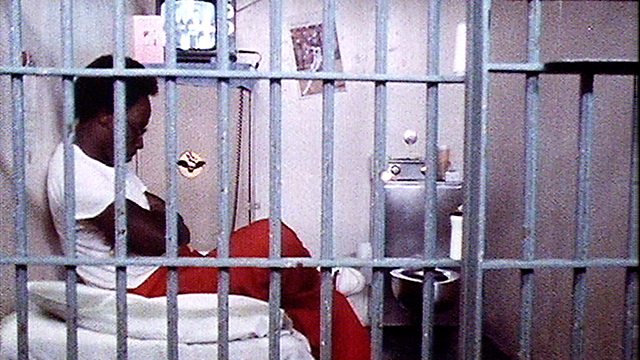 Fourteen Days in May

A countdown to an execution in Mississippi, revealing the effect on prison staff and other death-row inmates as time runs out for one young man. (1987)

There is one crime on the record of Edward Earl Johnson, a 26-year-old African-American man from Mississippi - murder. He was convicted on the sole evidence of signing a confession he had not written. Johnson always denied the killing and appealed against his death sentence for eight years in the US courts.

Fourteen Days in May is a countdown to an execution, revealing the effect on prison staff and other death-row inmates as time runs out for one young man. (1987)

This documentary is part of Louis Theroux: Docs That Made Me, a collection of Louis favourite documentaries.
Among documentary makers, Fourteen Days in May is heralded as a powerful and important piece of storytelling. Louis notes the way the story is told dispassionately until the moment when filmmakers 'break the fourth wall' and say goodbye to the condemned man, Edward Earl Johnson. Under normal circumstances, this tonal shift would be seen as an error of judgment but here it's an enormously emotional moment. The grammar of interviewing and filmmaking is turned on its head as a man faces execution.