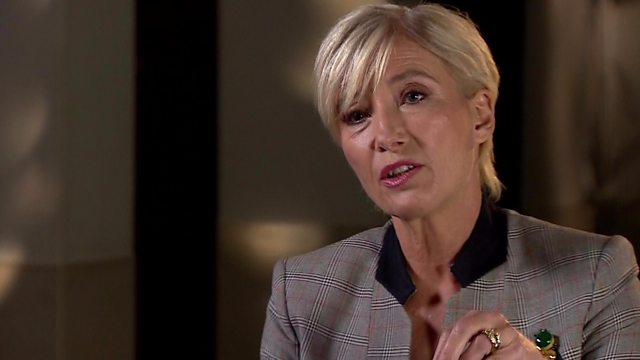 Emma Thompson says Harvey Weinstein is representative of a system of "extreme masculinity" involving "many" more men in Hollywood.

The actress says she was previously unaware of allegations of sexual harassment against the film producer.

Weinstein has "unequivocally denied" any allegations of non-consensual sex.

She was speaking to Emily Maitlis for BBC Newsnight.