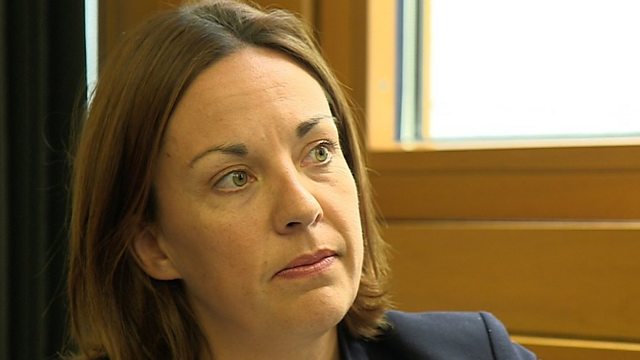 Kezia Dugdale ‘was outed as gay against her will’

What happens when politicians come out?

Former Scottish Labour leader Kezia Dugdale has told us she had to come out as gay after being outed by a magazine.

While Tory MP Sir Alan Duncan says his sexuality prevented him from getting a role in former Prime Minister Sir John Major's government.

They were among a number of politicians speaking to the SNP's Hannah Bardell about what it was like opening up about their sexuality.