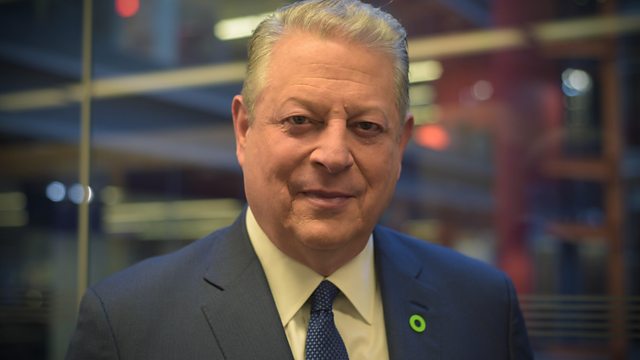 Former US Vice President Al Gore has said the US will "meet the commitments" set out by the Paris climate agreement, despite President Trump's withdrawal from the accord.

"I think [the reductions] will still come," he said, citing the "sharp drop" in the cost of green energy.

Mr Gore said of President Trump's decision to pull out of the Paris deal: "Not only his daughter, but several others close to him were in favour of staying in the Paris agreement."