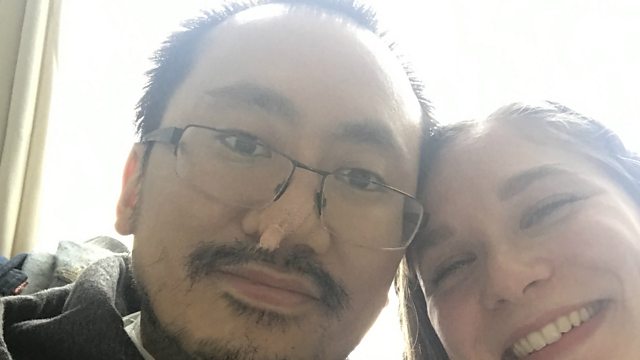 I Took on the London Bridge Attackers

Geoff Ho has been called a hero after he put himself between the attackers and his friends during the London Bridge attacks. He was stabbed in the neck and stomach.

On 3 June 2017, British journalist Geoff Ho was enjoying a meal with friends in London's Borough Market when three attackers drove a van into pedestrians on nearby London Bridge before launching knife attacks in the market. Eight people were killed and many more were injured. Geoff, who is trained in martial arts, put himself between the attackers and his friends. Although he was stabbed in the neck and stomach, he survived the attack and tells Matthew Bannister his extraordinary story.

Shariah Harris is the first African-American woman to play top rank polo - the sport some call hockey on horses. But she wouldn't even be riding if her mother hadn't accidentally got lost while driving in their home city of Philadelphia 11 years ago. She tells us her story.

Twenty-six-year-old Ryan Lucas enjoys nothing more than plunging over the edge of waterfalls. He's an extreme kayaker from New Zealand and he travels the world in search of the best white water. He documents many of his trips on social media and for up to six months a year he and his friends push themselves to conquer ever more spectacular feats.

Ojok Simon from Gulu in northern Uganda has been a bee-keeper for the last 20 years. He runs an organisation called Hive Uganda which helps partially sighted people get into the bee and honey business. It's inspired by his own experiences - when Ojok was just nine years old, he was injured by fighters from the Lords Resistance Army, and ended up losing his sight.