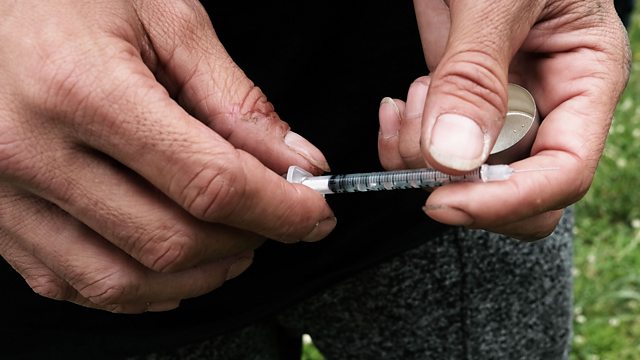 President Trump believes he can fight the 'Opioid Epidemic'

Medical experts warn of an increase in opioid overdoses in British Columbia, Canada. It comes as US President Donald Trump says the best way to fight the problem is prevention.

Medical experts warn an increase in opioid overdoses will kill more than 1400 people in British Columbia, Canada. It comes as US President Donald Trump says the best way to fight the problem is prevention. The Canadian Prime Minister, Justin Trudeau, has discussed the crisis with the Mayor of Vancouver - where a public health emergency has been declared.

President Jacob Zuma of South Africa has survived a vote of no confidence - despite a rebellion by some of his own African National Congress MPs. The country has been in turmoil since the President removed his widely respected finance minister, Pravin Gordhan, back in March. We get reaction from South African journalist Verashni Pillay.

Plus James Turing speaks to us from Nairobi about his project which recycles unwanted laptops and make them available free to schools and community centres in Ghana and Malawi.

Presenter Fergus Nicoll is joined throughout the programme by Mitchell Hartman of Marketplace on American Public Media and Yuan Yang, who reports for the Financial Times in Beijing.

Protests and Rallies Continue in Venezuela as Chief Prosecutor Sacked