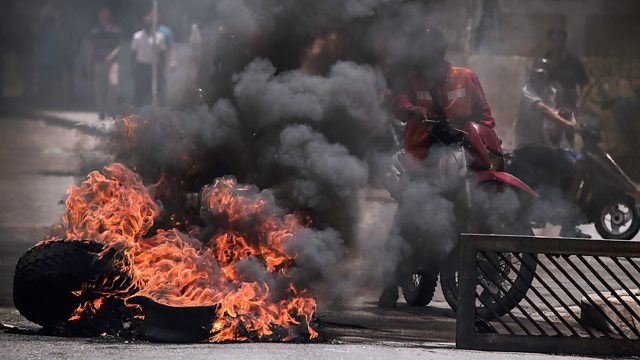 Rebels attempt an uprising in Valencia 160km west of the capital, Caracas

Rebels attempt an uprising at a military base in Valencia 160km west of the capital, Caracas. The unrest comes a day after a new assembly with supreme powers and loyal to President Nicolas Maduro started functioning in the country.

Also in the programme: the angry chef on food fads and Israel bans Al Jazeera