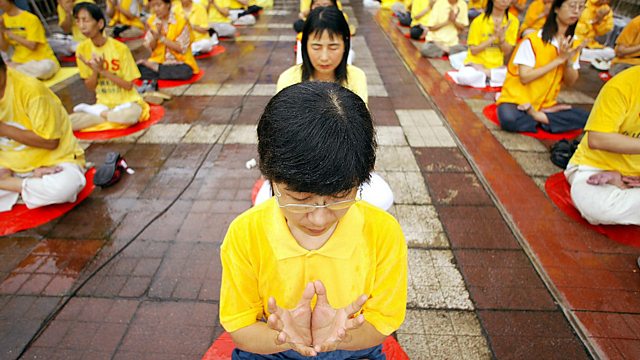 In July 1999, the spiritual movement Falun Gong was banned in China. Thousands of people were arrested. The Chinese government says Falun Gong is an "evil cult", but followers of the movement say they have been the victims of state persecution.

The Birth of the Water Baby