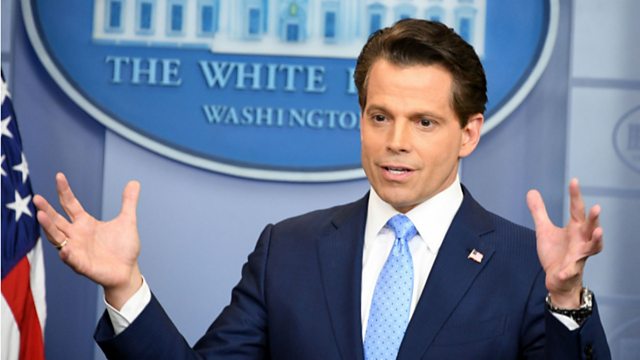 Also in the programme: the playwright and Hollywood actor, Sam Shepherd, has died and a gruesome murder in the wake of Kenyan election.

(Picture: Anthony Scaramucci speaks during a press briefing at the White House in Washington, DC on the day of his appointment.
Credit: Getty Images)