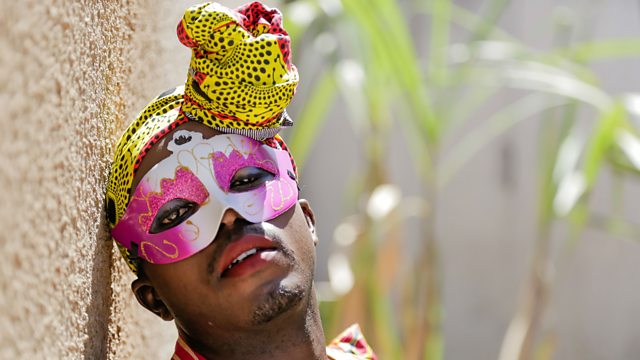 When Coming Out is a Dangerous Thing

As the BBC celebrates the contribution that lesbian and gay people have made to popular culture and the arts, we acknowledge those for whom coming out is a risky thing to do.

As the BBC celebrates the contribution that lesbian and gay people have made to popular culture and the arts, we acknowledge the many LGBTQ artists around the world for whom coming out in their work is a dangerous thing to do.

‘Rainbow Riots’ is an album which features LGBTQ artists from countries all over the world; including Uganda where homosexuality is a crime. Musician Kowa Tigs, from Kampala, and Swedish music producer Petter Wallenberg discuss how adversity can encourage creativity.

At this year’s Pride parade in London, India’s first LGBTQ choir, Rainbow Voices Mumbai, joined forces with the UK-based Pink Singers. It was a bold statement that drew attention to the fact that India still criminalises same-sex relationships under a law introduced by the British under colonial rule. Simon Pearson and Ashish Pandya talk about the courage that comes from the gay community supporting each other worldwide.

In February the American playwright Tarell Alvin McCraney won an Oscar for co-writing Moonlight a film which explores the experiences of gay black men and which he based on his own childhood in Miami. He explains why ‘Paris is Burning’, a documentary film which captures the US underground drag scene in the 1980’s, was a source of great comfort as a young man.

Scottee is an artist who describes himself as “fat and working class, with a penchant for ladies clothes”. His work addresses what it is to be an outsider; whether because of race, class, age or sexuality. His new art installation ‘You Are Not Alone’ is currently on show in Southend on Sea in England and aims to sum up the reality of being queer in Britain.

The Serious Business of Comedy

Can Music Influence our View of the World?