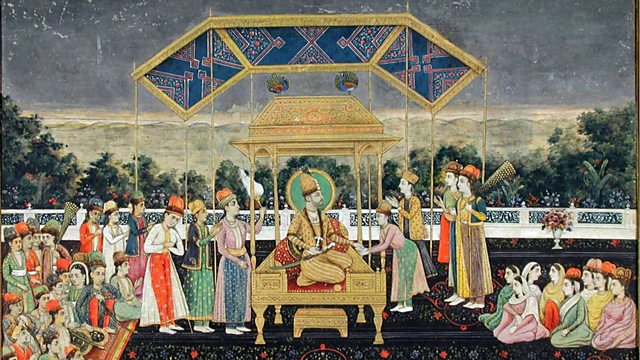 The creation and capture of Mughal India’s coveted Peacock Throne

In March 1739, the Persian warlord Nader Shah laid siege to Delhi. He destroyed and plundered the city. Among his ‘Delhi loot’ was the famous Jeweled or Peacock Throne of the Mughal Empire. It took seven years to make, and seven elephants to cart it away forever - and it's been lost ever since. This episode stretches back to stories of empire well before British rule, and looks at how narratives of conquest and loss still have a powerful hold over South Asians.

With thanks to Sussan Babaie, Courtauld Institute of Art

Image: Persian ruler Nadir Shah on the Peacock Throne after his victory over the Mughals Credit: Alamy

See all recipes from Delhi’s Stolen Seat of Power