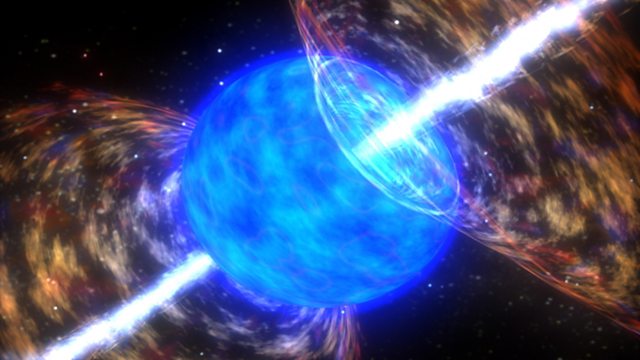 The Biggest Explosions in the Universe

An international team of scientists captured the biggest explosion in the Universe. It’s called a Gamma Ray Burst, and occurs just as a dying star collapses into a black hole.

An international team of scientists have captured the biggest explosions in the Universe in unprecedented detail for the first time. These Gamma Ray Bursts sometimes last for just a few milliseconds, but for that time are trillions of times brighter than our Sun. The chance of capturing one of these rare bursts, which occur just as a dying star collapses into a black hole, is just an incredible one-in-10,000.

Sight and Sound
Despite the intuitive feeling that we can listen to something whilst looking elsewhere, our visual and auditory perceptions are - from the earliest points - processed together in the brain. Sight and sound work together to build up a picture of the world around us, and when the two senses aren’t aligned our brains have to work much harder to filter out distractions. Although this relationship is largely unexplored, it could tell us more about how to aid those with hearing impairments and even what effect technology, such as smartphones, might be having on our ability to concentrate.

Old animals
We humans like to think we live long lives, some of us are lucky enough to make it into triple digits. But we can’t compare to the humble tubeworm, casually hanging around on the ocean floor and researchers have discovered that they can live up to 300 years old!

Iceland’s Molten Rock Origins
Iceland’s volcanoes are one of the country’s most famous geological features. The island sits on a volcano hot spot and straddles two tectonic plates, the Eurasian and North American plates, otherwise known as the North Atlantic Ridge - making it highly volcanically active. New research into the Volcano Hot Spot under Iceland has revealed something unusual. New measurements of the Mantle region within Earth, appears to be feeding material in the form of a plume to the surface, where Iceland is located.