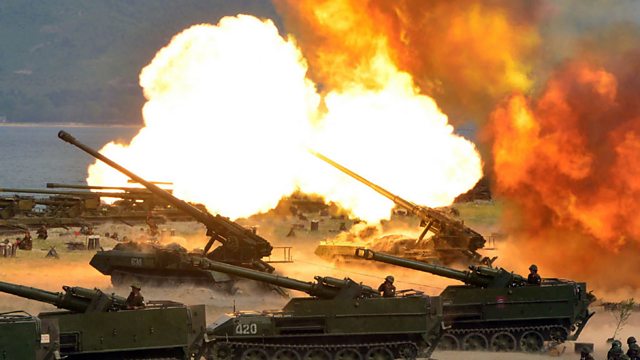 We reveal the conversations inside the war rooms.

Alarm about North Korea has spiked. Earlier this month, the North claimed to have successfully test-launched an intercontinental ballistic missile that could hit Alaska. Some experts estimate that North Korea is now 18 to 36 months away from launching a missile able to reach Los Angeles.

President Trump has warned that a "major, major conflict" with North Korea is possible. His closest advisers have said that "the era of strategic patience is over".

So, in this week's Inquiry, we take a look at the two sides' war plans and ask: what would war with North Korea look like?

Is it Time to Ban the Plastic Bottle?

Who Gets to Have Their Own Country?

See all clips from What Would War with North Korea Look Like? (2)