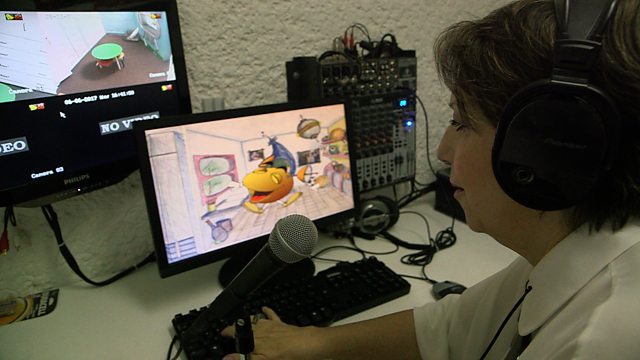 How do you get children who're victims of emotional abuse or physical harm to open up?

**Listeners may find some parts of this report upsetting**
How do you get children who're victims of emotional abuse or physical harm to open up about what's happened to them? In Mexico a psychologist, Julia Borbolla, encourages them to have a one-to-one chat with a cartoon alien that appears on a video screen in a room near her office. What the children don't realise is Julia hears every word of their conversation with the animated creature because she's secretly controlling it from the room next door. She says children are more likely to reveal sensitive information to the cartoon alien than if they were face-to-face with a real person. World Hacks travels to Mexico City to assess whether the tool works and to meet people who're now operating it in public hospitals, women's shelters and within the country's judicial system.