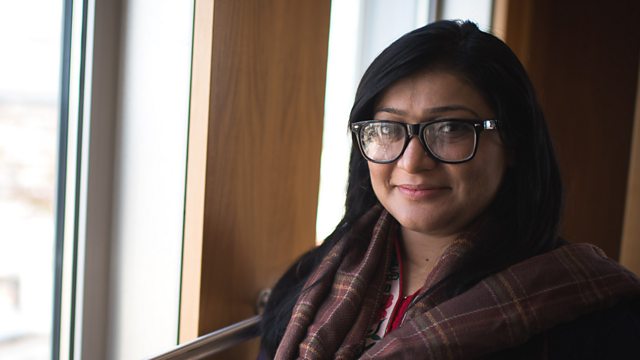 Nighat Dad fought many battles to become a lawyer in Pakistan. But it was the custody battle for her own son that really got her thinking about the rights of women in her country. It wasn't just attitudes in the real world that annoyed Nighat, she was furious about the abuse that women got online too, and as a result set up the Digital Rights Foundation and Pakistan's first cyber harassment helpline.

There's a movie set in the Democratic Republic of Congo that's been causing a bit of a stir on the international film circuit called 'Félicité'. And it's surprise star is Congolese actor Véronique Tshanda Beya who was a complete newcomer when she got the role, a single mum to a young daughter who was just about making ends meet, selling clothes on the streets of Kinshasa.

Despite having up to 16 epileptic seizures a day Katie Cooke is a keen runner. In fact she even runs competitively with support from her consultant neurologist Dr Colin Doherty. Katie has already run the Dublin City Marathon twice and in November, with Colin at her side, will be doing the New York marathon.

From Poverty to the Premier League