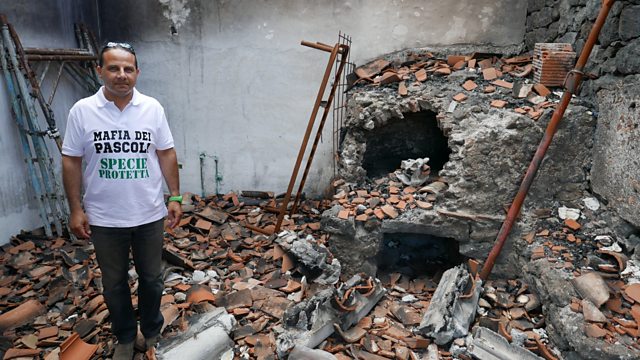 EU farm funds unwittingly funding organised crime on the Italian island, according to some Sicilian officials. We hear the stories of those trying to put a stop to it.

The Sicilian mafia is alive and well, thanks in part to European Union agricultural subsidies. That's the allegation made by some officials on the Italian island.

In Sicily, we speak to Giuseppe Antoci, president of Sicily's largest national park, Parco Nebrodi, and deputy police commissioner Daniele Manganaro of the district of Messina. They claim as much as 3.5 billion euros may have been illegally pocketed by organised crime in Sicily.

But it's not just public land that's been targeted. Farmer Sebastiano Blanco tells us how his house was burnt down last year after illegal fencing started appearing on his land. We also hear from Cesare Nicodemo, co-owner of Judeka Winery in south eastern Sicily, who's faced similar problems.

And we ask Francesco Albore, head of unit at the European Union's Anti-Fraud office (OLAF) in Brussels, what the EU and Italian authorities are doing about it.

The World's Most Expensive Election Campaign?