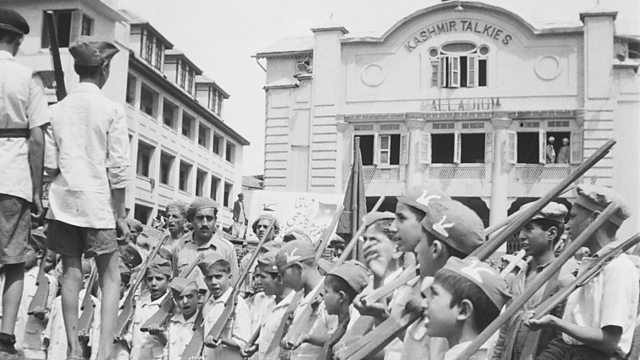 Kanishk Tharoor explores artefacts and landmarks caught up in India and Pakistan's independence in 1947. In this episode, the life and times of the Palladium cinema.

The Palladium was one of Srinagar’s oldest and most popular movie theatres. It was on Lal Chowk, a square in the heart of the city. From the 1940s, the building was the backdrop to many of Kashmir's major political events. Today it stands in ruins, an unexpected casualty of the ongoing conflict, and now, there are no public cinemas left in Srinagar.

With thanks to Andrew Whitehead