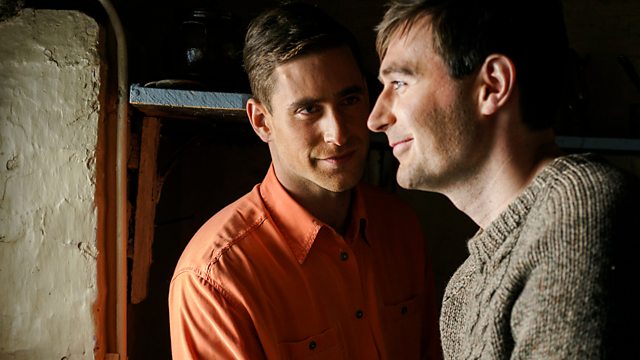 Man In An Orange Shirt Series 1
Episode 1 of 2

Two-part drama telling two love stories, 60 years apart. Michael and Thomas fall in love in the heat of war but can their romance endure back home?

A chance conversation with her grandson reminds Flora Berryman, now 90, of the dark and difficult years of her marriage to Michael, and a story she might never have known.

Italy, 1944. As Allied troops push up through southern Italy, Captain Michael Berryman finds his regiment under fire. With their medic dead, Michael triages the wounded being dragged into the besieged crypt they have taken refuge in. Amongst them is war artist Thomas March, known briefly by Michael from his school days. The two men survive the night and in the following days, a bond forms between them as Michael is drawn to Thomas's bohemian charms.

As the war effort moves each of them on, Michael finds he cannot get the other man out of his mind. Delaying his reunion with Flora, Michael heads to Thomas's Soho studio as soon as he is demobbed. The two men flee the city to spend a week in an old country cottage belonging to Michael's family, and this brief escape offers a tantalising glimpse of domestic bliss. But Michael cannot reconcile this unconventional life with the one expected of him, and despite Thomas's protests, he returns to London, intent on marrying Flora. At the wedding reception, with Thomas an uncomfortable best man, Michael privately breaks down, realising how much he misses him.

Michael and Flora's life unfolds traditionally as they set up home together in London and Flora becomes pregnant. But Flora's world is shaken to its core when she discovers a stash of hidden love letters between Michael and Thomas, and she burns the lot, triggering an explosive confrontation with Michael and an early labour. Sent away by the midwife, Michael is lost, roaming the streets of Soho, looking for Thomas but finding himself unable to cross the threshold.

After the birth of his son Robert, Michael commits himself to his family, but stumbles when he learns that Thomas has been sent to jail for one year for gross indecency. Sneaking away from his bank job to visit his former lover, Michael is asked by Thomas to speak with his mother Mrs March. This faded tragedienne knows of Michael and Thomas's long-standing romance from the numerous paintings and sketches her son has made of Michael, and makes an unexpected proposition: she owns a small home in rural France where two men could live out their days happily together. Michael is faced with a choice - to return to the corrosive, dishonest, but socially acceptable relationship he has forced upon himself and Flora, or to flee, convention-be-damned, with the man he truly loves...

See all episodes from Man In An Orange Shirt 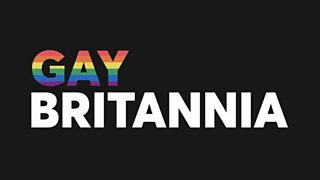 Novelist Patrick Gale on his screenwriting debut for the BBC 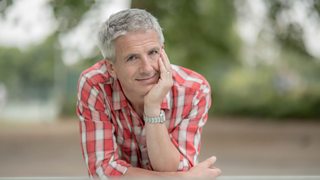 "My main hope is that viewers will care deeply about my characters."