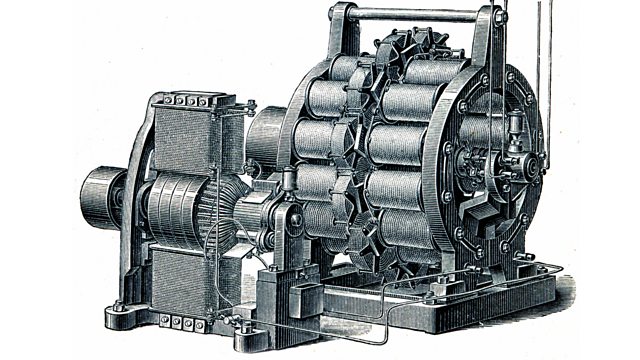 Tim Harford tells the big story behind the way dynamos made electricity useful.

You might think electricity had an immediate and transformative impact on economic productivity. But you would be wrong. Thirty years after the invention of the useable light bulb, almost all American factories still relied on steam. Factory owners simply couldn’t see the advantage of electric power when their steam systems – in which they had invested a great deal of capital – worked just fine. Simply replacing a steam engine with an electric dynamo did little to improve efficiency. But the thing about a revolutionary technology is that it changes everything. And changing everything takes imagination. Instead of replacing their steam engines with electric dynamos, company bosses needed to re-design the whole factory. Only then would electric power leave steam behind. As Tim Harford explains, the same lag has applied to subsequent technological leaps – including computers. That revolution might be just beginning.

Paul A. David - The Computer and the dynamo: An historical perspective American Economic Review, May 1990