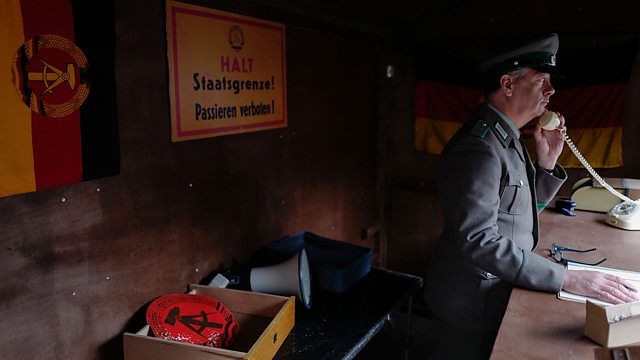 Did music help bring down the Berlin Wall? Chris Bowlby tells the extraordinary story of how music helped changed history accompanied by a stellar soundtrack from the era.

Did music help bring down the Berlin Wall? In 1969, just a rumour of a Rolling Stones concert in on a tower block next to the Wall sent the East German Government authorities into meltdown. In the 1970s and 80s a bizarre alliance between East German punks and local churches was seen by the regime as a pernicious challenge. When David Bowie played a gig in the West, across the fearsome Wall, and listened to by crowds assembling in the East, it caused the Stasi no end of angst. Chris Bowlby uncovers this unheard part of Cold War history.