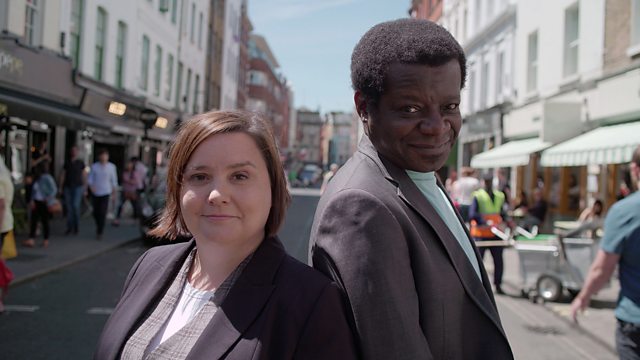 Prejudice and Pride: The People's History of LGBTQ Britain Series 1
Episode 1 of 2

Ordinary people share the objects that have helped define their lives since homosexuality was decriminalised, including a rare collection of the first openly gay magazine.

Every so often the world changes beyond your wildest dreams. In 1967, the Sexual Offences Act partially decriminalised homosexuality, offering lesbian, gay, bisexual, transgender and queer people the opportunity to start living openly for the first time.

Presented by Stephen K Amos and Susan Calman, this unique series features LGBTQ people from across the UK as they share the objects that have helped define their lives during 50 transformative years.

In episode one, these crowdsourced treasures range from a rare collection of the first openly gay magazine (featuring a virtually unknown young singer called David Bowie) to letters from worried parents trying to understand their newly 'out' daughters and sons.

Over 20 incredible years, 1967-1987, we meet the fearless revolutionaries of the Gay Liberation Front, a transgender pioneer who almost caused a strike and a woman who faced losing her children when she came out as a lesbian. By the early 1980s, LGBTQ people were starting to build a community, which would be tested to the limit when Aids loomed.

This is the story of ordinary people in extraordinary times - told through their cherished possessions - charting the joys and heartbreaks of just being true to yourself.

Prejudice and Pride: The People's History of LGBTQ Britain is part of Gay Britannia, a season of programming produced in 2017 to mark the 50th anniversary of the 1967 Sexual Offences Act.

See all episodes from Prejudice and Pride: The People's History of LGBTQ Britain 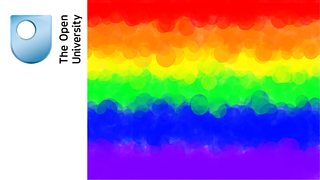 Visit OpenLearn, the OU's home of free learning, for more on Social Science