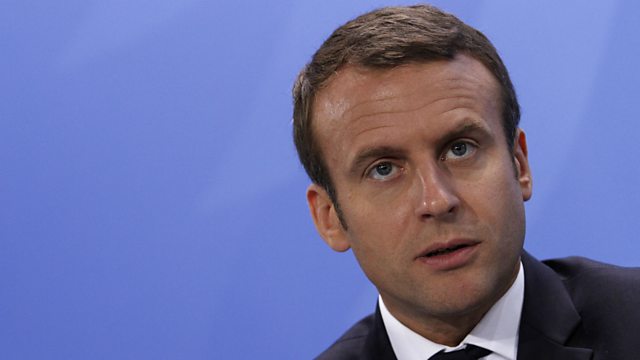 The new French president Emmanuel Macron says he wants a radical overhaul of the way the nation is run. He's proposing to cut the number of lawmakers by a third, shrink the cabinet to ten ministers, and streamline the courts. French journalist Stefan De Vries tells us why these changes are needed. The US car company Tesla is due to begin production of Tesla's low-priced Model 3 car this week. The all-electric vehicle is capable of autonomous driving and priced at $35,000. Sharron Carty, editor at Automotive News, discusses whether it is all just hype. And we talk to author and professor Jared Yates Sexton about President Donald Trump's relationship with the media. Rob Young is joined for comment throughout the programme by Dave Shaw from Scripps News and
Andrew Peaple from the Wall Street Journal, Hong Kong.