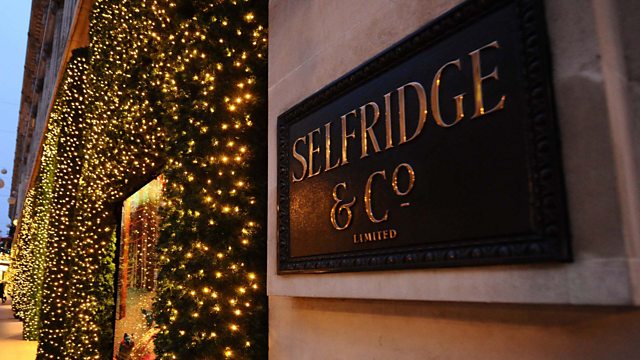 Flamboyant American retailer Harry Gordon Selfridge introduced Londoners to a whole new shopping experience, one honed in the department stores of late-19th century America. He swept away previous shopkeepers’ customs of keeping shopper and merchandise apart to one where “just looking” was positively encouraged. In the full-page newspaper adverts Selfridge took out when his eponymous department store opened in London in the early 1900s, he compared the “pleasures of shopping” to those of “sight-seeing”. He installed the largest plate glass windows in the world – and created, behind them, the most sumptuous shop window displays. His adverts pointedly made clear that the “whole British public” would be welcome – “no cards of admission are required”. Recognising that his female customers offered profitable opportunities that competitors were neglecting, one of his quietly revolutionary moves was the introduction of a ladies’ lavatory. Selfridge saw that women might want to stay in town all day, without having to use an insalubrious public convenience or retreat to a respectable hotel for tea whenever they wanted to relieve themselves. As Tim Harford explains, one of Selfridge’s biographers even thinks he “could justifiably claim to have helped emancipate women.”

Knowledge@Wharton "Men Buy, Women Shop': The sexes have different priorities when walking down the aisles"