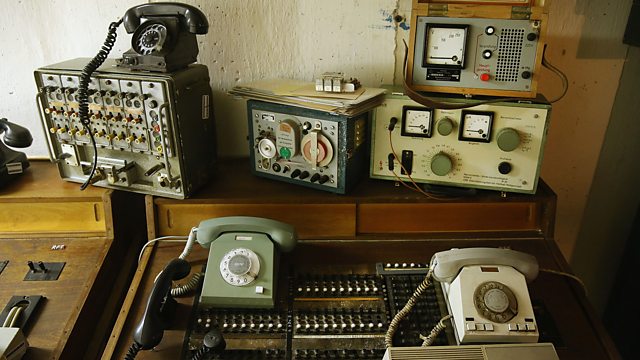 Did music help bring down the Berlin Wall? Chris Bowlby tells the extraordinary story of how music helped changed history accompanied by a stellar soundtrack from the era.

Did music help bring down the Berlin Wall? If that sounds far –fetched you may think again once you’ve heard this programme. Yes, there was politics, of course, but this is the extraordinary and moving story of how music helped change history.

Since the former East German Police, The Stasi’s, archives in Germany have opened; they are yielding more and more secrets. And one of the most remarkable to emerge is how the East German regime – and its police – were obsessed with resisting and clamping down on Western music.

In 1969, just a rumour of a Rolling Stones concert in on a tower block next to the Wall sent the East German Government authorities into meltdown. In the 1970s and 80s a bizarre alliance between East German punks and local churches was seen by the regime as a pernicious challenge. When David Bowie played a gig in the West, across the fearsome Wall, and listened to by crowds assembling in the East caused the Stasi no end of angst. And when the East German Government finally relented and allowed Bruce Springsteen to play in East Berlin in 1988, he used the chance to pump out anti-regime messages, seen as a hugely important moment in hastening the collapse of Communism there.

Chris Bowlby uncovers this unheard part of Cold War history. For the first time, we hear recordings from the Stasi sound archives of secret meetings in which Stasi chief Erich Mielke discussed the threat of punk and heavy metal.

Against the backdrop of a stellar soundtrack we hear from those who organised secret and illegal concerts in the East and from a former member of the Stasi who tried to stop them.

It is a story of obsession, now scarcely believable, and about the role that music played in the Cold War and the people who lived this first hand.

Where Stars Are Born: The Harlem Apollo

See all clips from Rocking the Stasi (4)