BBC Three
Should I Marry My Cousin?
Main content 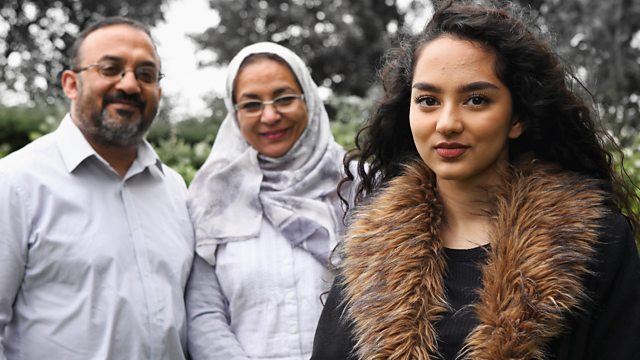 Should I Marry My Cousin?

Documentary in which 18-year-old Hiba explores the controversial but legal custom of first-cousin marriage, which has taken place in her own family for generations.

In this provocative and personal documentary, 18-year-old Bradford-born Hiba explores the controversial but legal custom of first-cousin marriage. It's a practice which has gone on within her own family for generations, and as she reaches adulthood, she faces a massive dilemma - deciding whether to follow her culture and marry a cousin or go her own independent way.

Exploring the health impacts that first-cousin marriage can have and the arguments for and against, Hiba finds out if it is possible to fancy and desire such a close relative before testing if this something she could do herself.

In Britain, where cousin marriage has been legal for over 400 years, first-cousin marriage is often considered taboo. However, in one community - the British Pakistanis - 55 per cent of young people marry their first cousin. And in Bradford, where Hiba comes from, that figure is 70 per cent.

Although she's only 18, Hiba is already talking to her family about marriage. For them, first-cousin marriage is the norm, and some members of the family are especially keen for her to continue the tradition. Her uncle Younis is in favour - four out of five of his own children are in cousin marriages. Her dad Maroof is on the fence and her mum Nuzhat is very much against it, but both have said they will support Hiba in whatever decision she makes.

At the moment Hiba is single, and because all her first cousins have married each other, her only hope of a family match would be with a second or third cousin from Pakistan. So, should Hiba marry a cousin? In this informative, authentic and life-changing film, Hiba is about to find out.