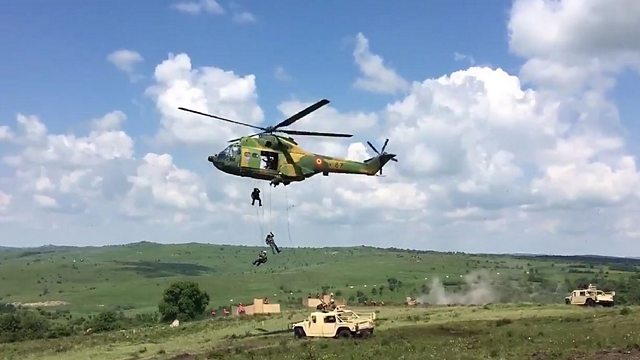 Stories of changing the game in Romania, Pakistan, the US-Mexico border and Peru, introduced by Pascale Harter.

Emily Unia sees NATO forces on training manoeuvres in Romania - and explains how a local comedian came to be invited along as part of the press pack.
Shahzeb Jillani's in the Pakistani city of Gwadar, which could soon be remodelled by a Chinese-funded upgrade of its port - but will it benefit local people?
Victoria Gill chases pronghorn antelope through the Sonoran Desert, which straddles the US-Mexico border and might be divided by President Trump's proposed wall.
And in the week that the Peruvian government announced that it would be limiting visitor access to the historic Inca site of Machu Picchu, Simon Parker considers why he won't be joining the tourist hordes there again.