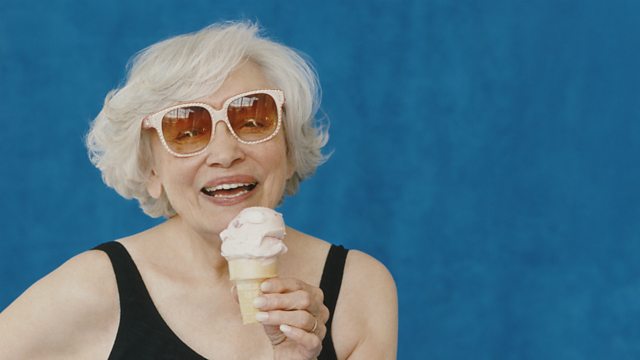 To what extent can your diet help you live longer? And Are younger generations able to replicate the diets of the oldest people on earth?

People who have lived into their hundreds explain their food experiences and philosophies, to help us explore relationship between food and longevity.

We ask whether despite having a greater variety of food available, and an ever growing abundance of dietary information, are younger generations able to replicate the diets of the oldest people on earth?

Does modern food culture prevent us from emulating the food habits of centenarians?

In Acciaroli, Italy,one of the BBC’s longest-standing reporters visits a village where more than one in ten people live more than a century, to find out their diet secrets.

From there to Surrey, England, where 100 year old Helen Clare, a famous war-time singer explains her philosophy to food. Does attitude matter - and have younger generations become too obsessed with what we eat?

We meet a man who has visited the oldest communities in the world - and hear their food secrets. What are the similarities between the diet of centenarians in Okinawa, Japan and California, US? Are there certain foods or general food principles that make you live longer? Or is it the company you keep?

Plus, what is the scientific evidence for the link between diet and a longer life?

With contributors: Helen Clare, singer, Dan Buettner, author, and John Mathers, scientific director of the Institute for Ageing and Health at Newcastle University.

What Time is Dinner?

The Unlikely Power of Cookbooks

See all clips from Food Secrets of Centenarians (2)