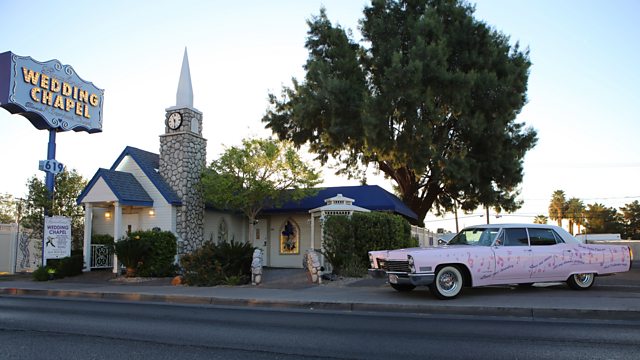 Behind the gambling, glitz and glamour of this extraordinary desert oasis.

With its reputation for glitz, glamour and gambling, Las Vegas has become one of the world’s foremost tourist destinations, with over 40 million visitors a year. Adele Edelman has been a limo driver there for the last 25 years, and knows the area intimately. In her company we meet a VIP casino host whose job it is to keep the money rolling in; showgirls from what is billed as ‘the sexiest show in town’; and a larger than life Elvis marriage celebrant. We hear from well-known Vegas residents, Mark Hall Patton (of Pawn Stars fame) and Marie Osmond who has headlined on the strip, with her brother Donny, for nearly a decade.

Las Vegas began life as a tiny oasis in the Nevada Desert with a handful of inhabitants. In little more than a century it has become a fast-growing modern metropolis with a population of two million. But the bright lights and breathtaking architecture conceal a murky past. After gambling was legalised in Nevada in the 1930s, a raft of hotel-casinos sprang up under the control of gangsters such as Bugsy Siegel and Frank Costello – a state of affairs that continued well into the 1960s.

Even today, there is a hidden side to the city that the tourists and gamblers barely glimpse. We meet the people responsible for supplying water to a huge city in the middle of an arid desert, and find out what it’s like to raise children in what often seems like a strictly adults-only town. We find out how it feels to be homeless and hear about those living underground just a few feet away from the casinos where millions of dollars change hands every day.

UK Election: Something Happened, but What?